RockFace is the only base layer brand in the United States that is fully vertical. Our parent organization, Coville Inc., manages the entire apparel manufacturing supply chain, from the fiber to the garment. RockFace was created to remove the middleman from the industry and provide our customers with the most advanced base layers in the world at the lowest possible cost.

Coville Inc. was founded as a fabric converter in 1976 by entrepreneur and textile genius Henry Jordan who ran the company out of his home in Winston-Salem, NC. At times, Coville struggled tremendously, but endured through it all to become a trusted performance, athletic and protective base layer supplier.

Since 2014, Coville has provided over 21 million garments for the United States Armed Forces, one of its largest and most important customers. While working for various branches of the military, we have developed numerous garment programs, including the Army and Air Force PT Tee, Army and Air Force Wicking Tee, US Navy Mock Turtle, Army PT Trunk Liner, Army Fuel Handler Tee, USAFA Ringer Tee, USCG Operational Tee, USCG MW Tee, and the Aramid Flyers Drawers and Shirt. 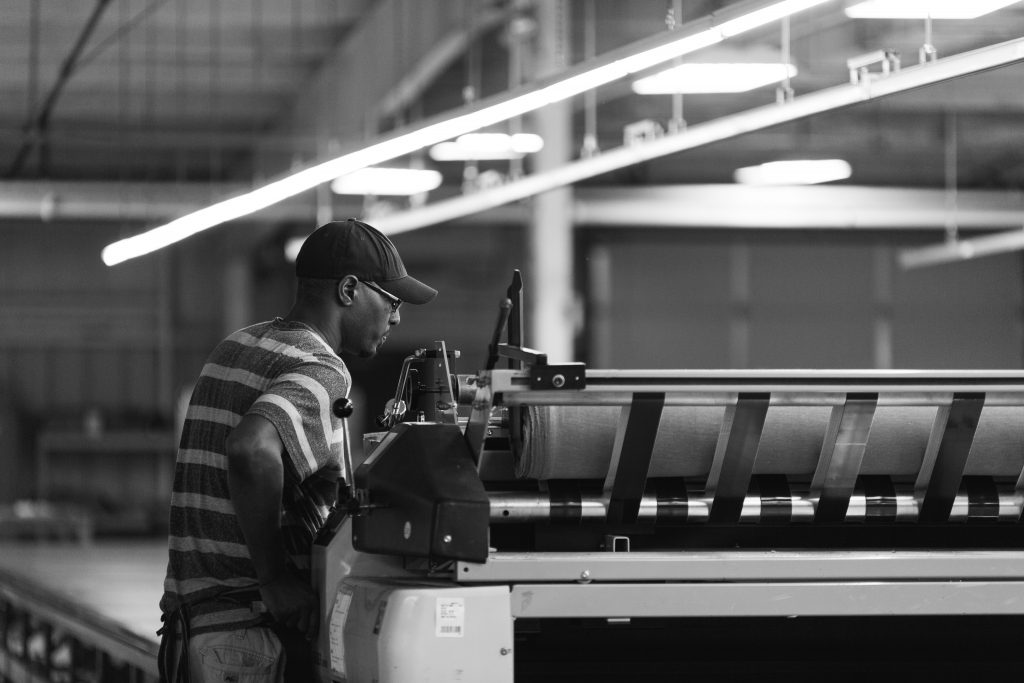 In 1966, ten years before Jordan founded Coville Inc., a similar American story of entrepreneurship, innovation and grit began to unfold. That year, in the small town of Troy, NC, Alan Gutschmit, a veteran knitting engineer, founded Alandale Knitting Inc. as a commission knitter for the region’s textile needs. By the time of his passing, Gutschmit patented 18 knitting technologies that revamped the knitting industry and allowed Alandale to create fabrics of the highest quality.

By 2007, Alandale Knitting Inc. established themselves as the leading commission knitter and the major supplier for Coville Inc. With Don Trexler as the new President of Alandale and Henry Jordan as the experienced leader of Coville, both companies experienced tremendous growth and sustained success. Henry Jordan, however, was ready to retire, so he reached out to Don, a trusted friend, to broker a deal.

Don acquired Coville in 2007 to unify Alandale Knitting and Coville and looked to create an even stronger textile supply chain. He saw the benefits of overseeing more of the manufacturing process, so he brought in experts and engineers that could improve the garment creation process. In 2010, Don acquired Carolina Apparel Group, a cut-and-sew operation based out of Wadesboro, NC to enhance this reach. By controlling more of the supply chain, Coville can ensure that every detail is given the utmost attention.

After developing a robust supply chain, Coville created Rock Face to bring its focus on quality and service full-circle, as well as be able to sell products directly to the customers. Rock Face was inspired by the durability and strength of the rugged mountains, and has a mission to produce base layers than can protect their customers in any condition.

This is only the beginning of RockFace. As our customers experience the quality and performance advantages our garments provide, we believe they will continue to seek out our garments in more of their protective apparel. We hope to expand our product offerings and, in the meantime, create a stronger and more innovative America.